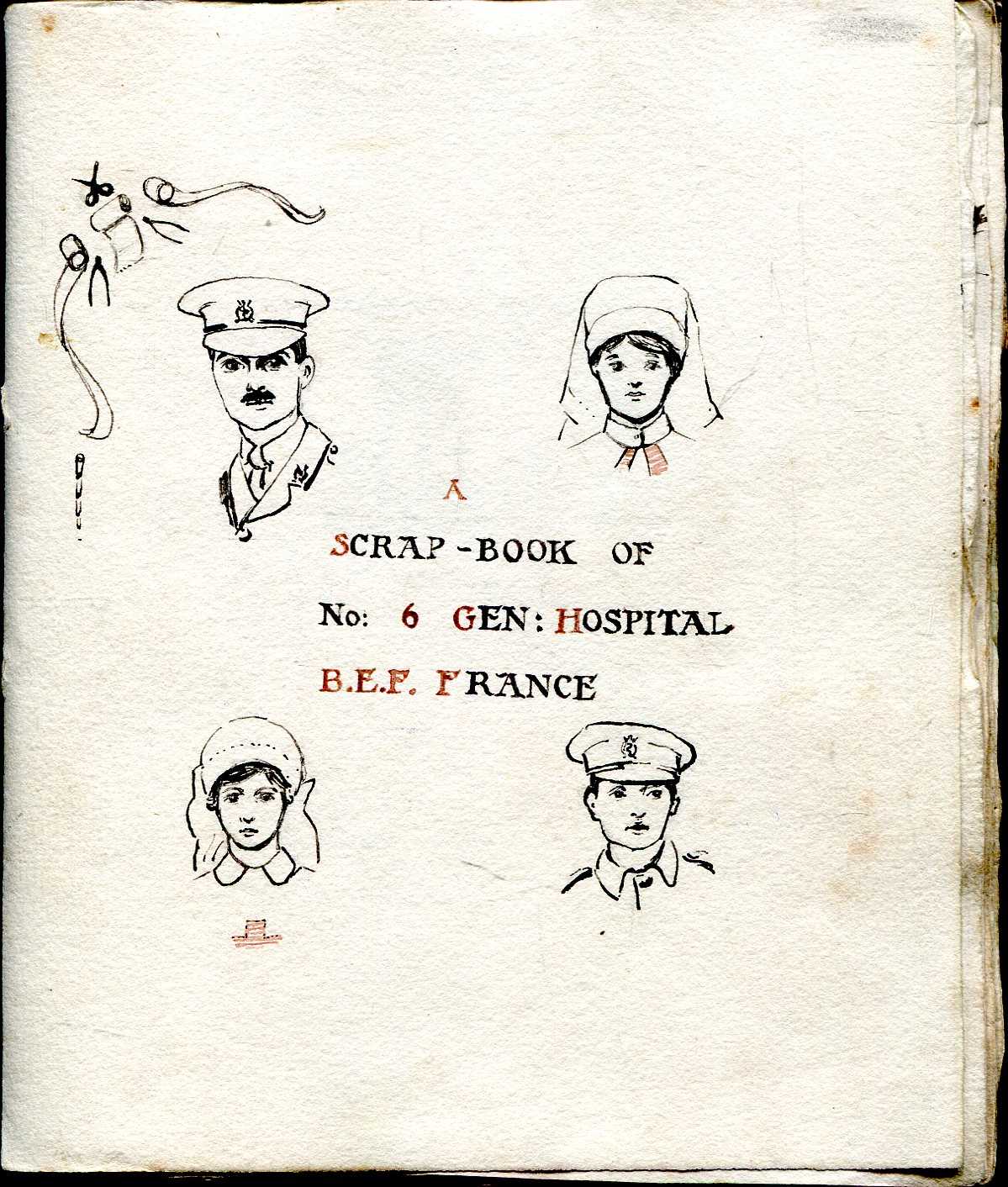 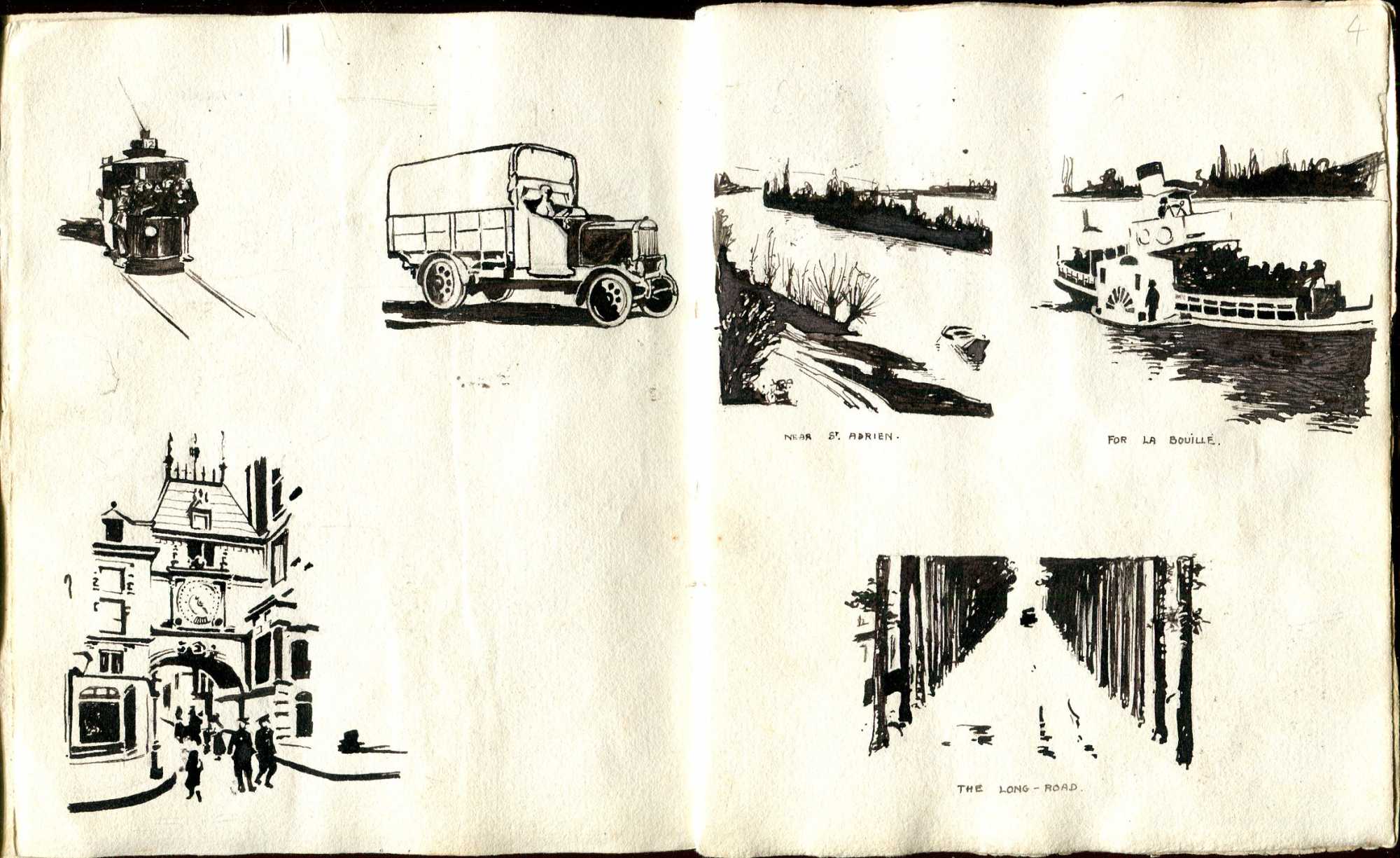 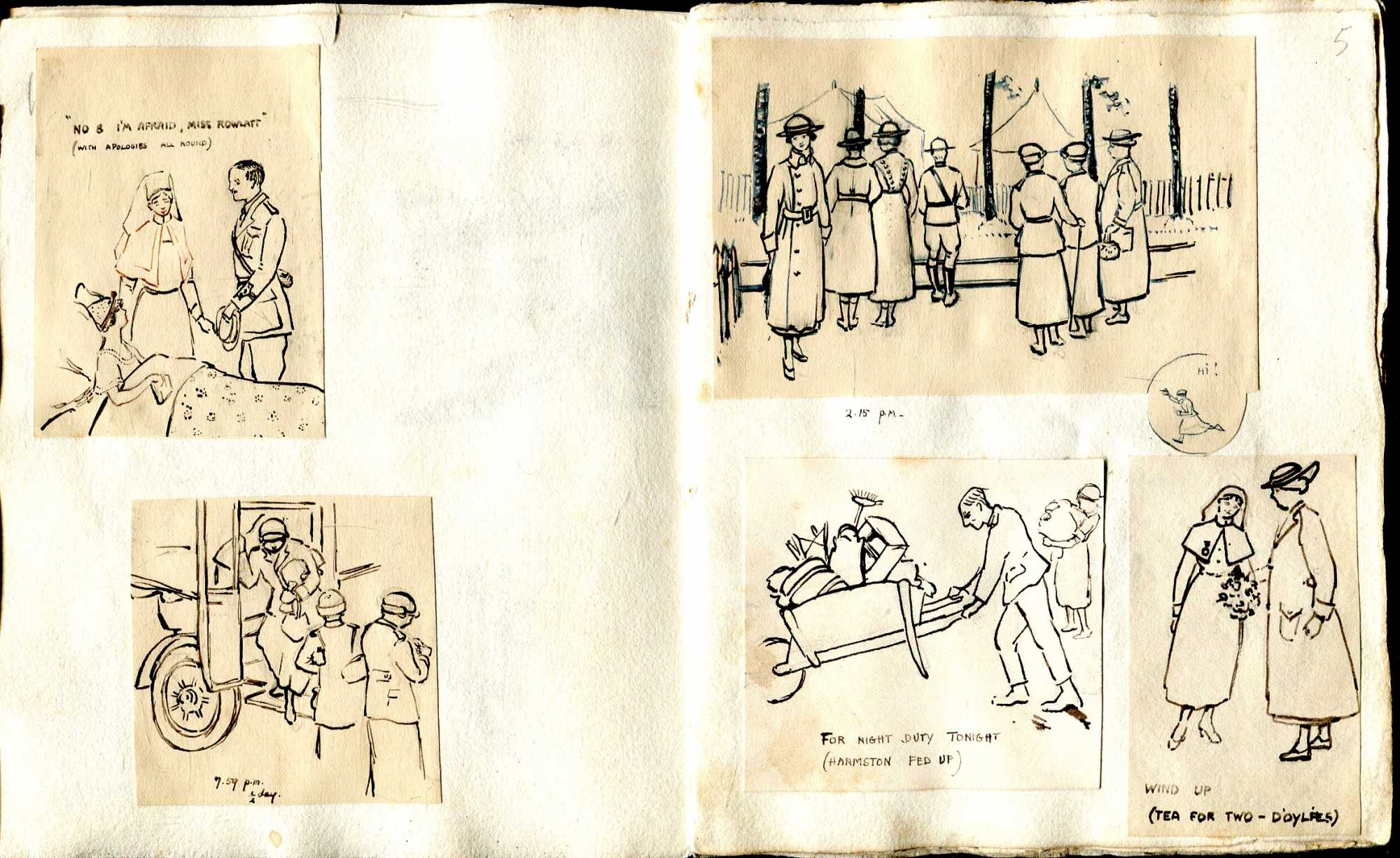 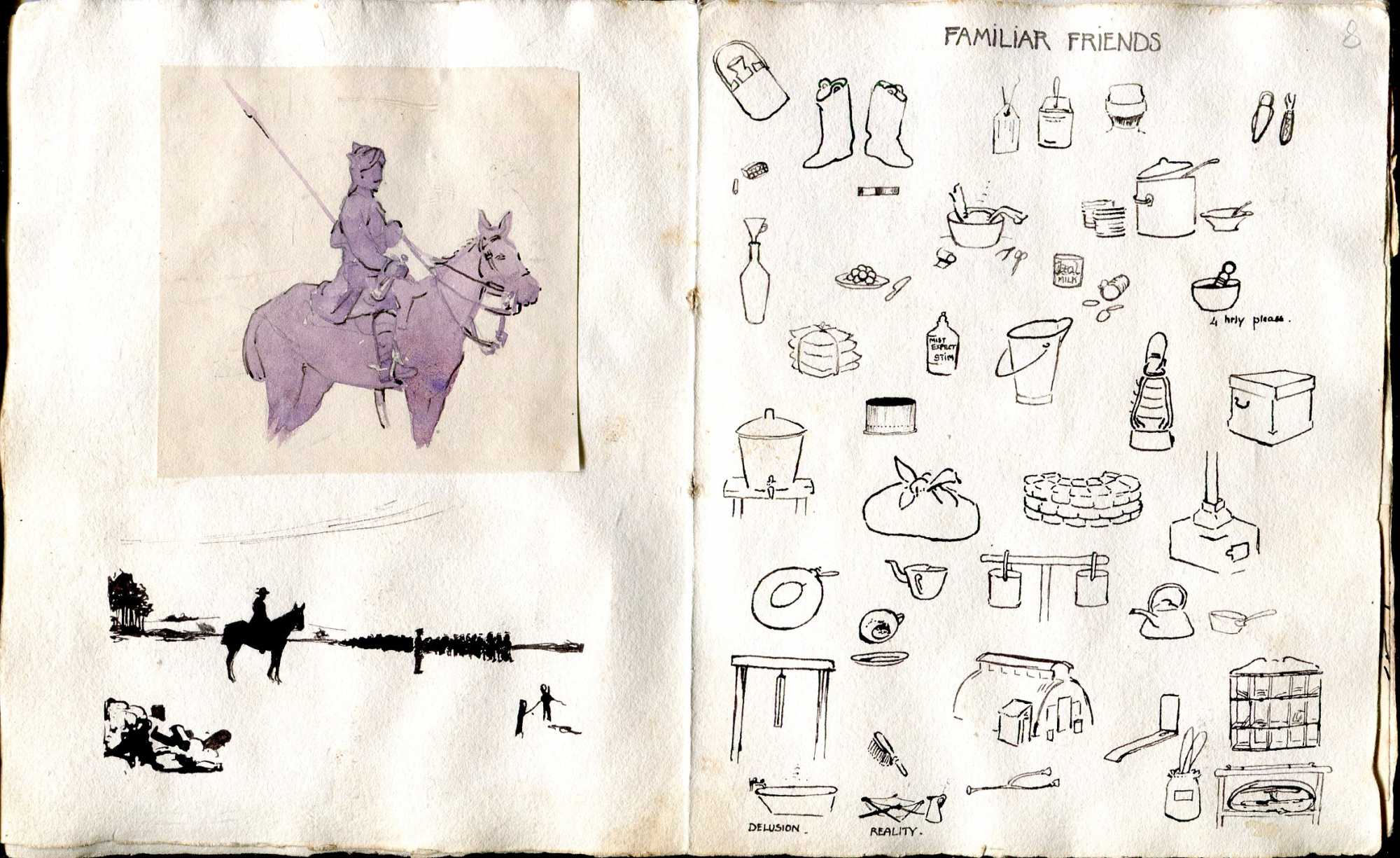 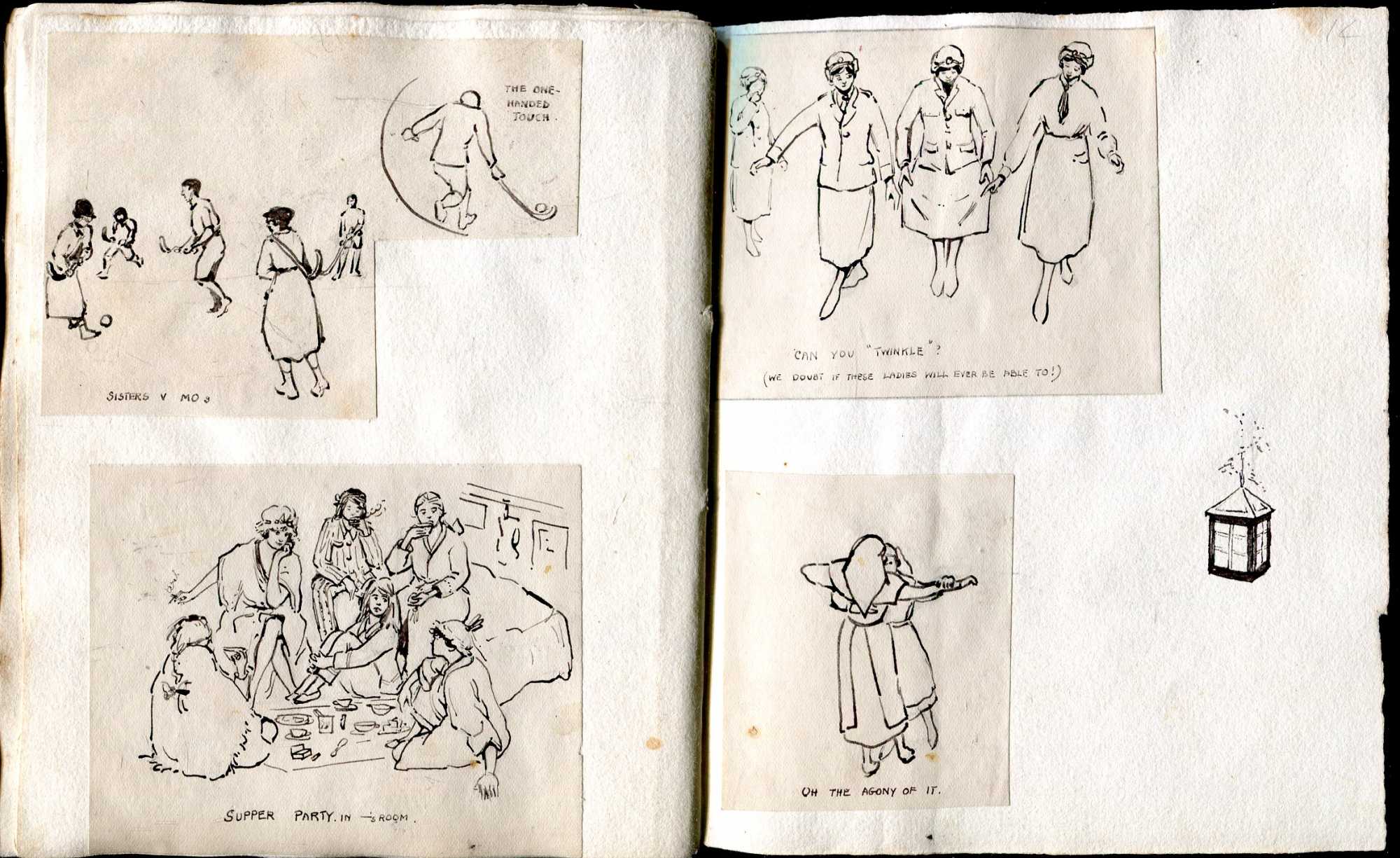 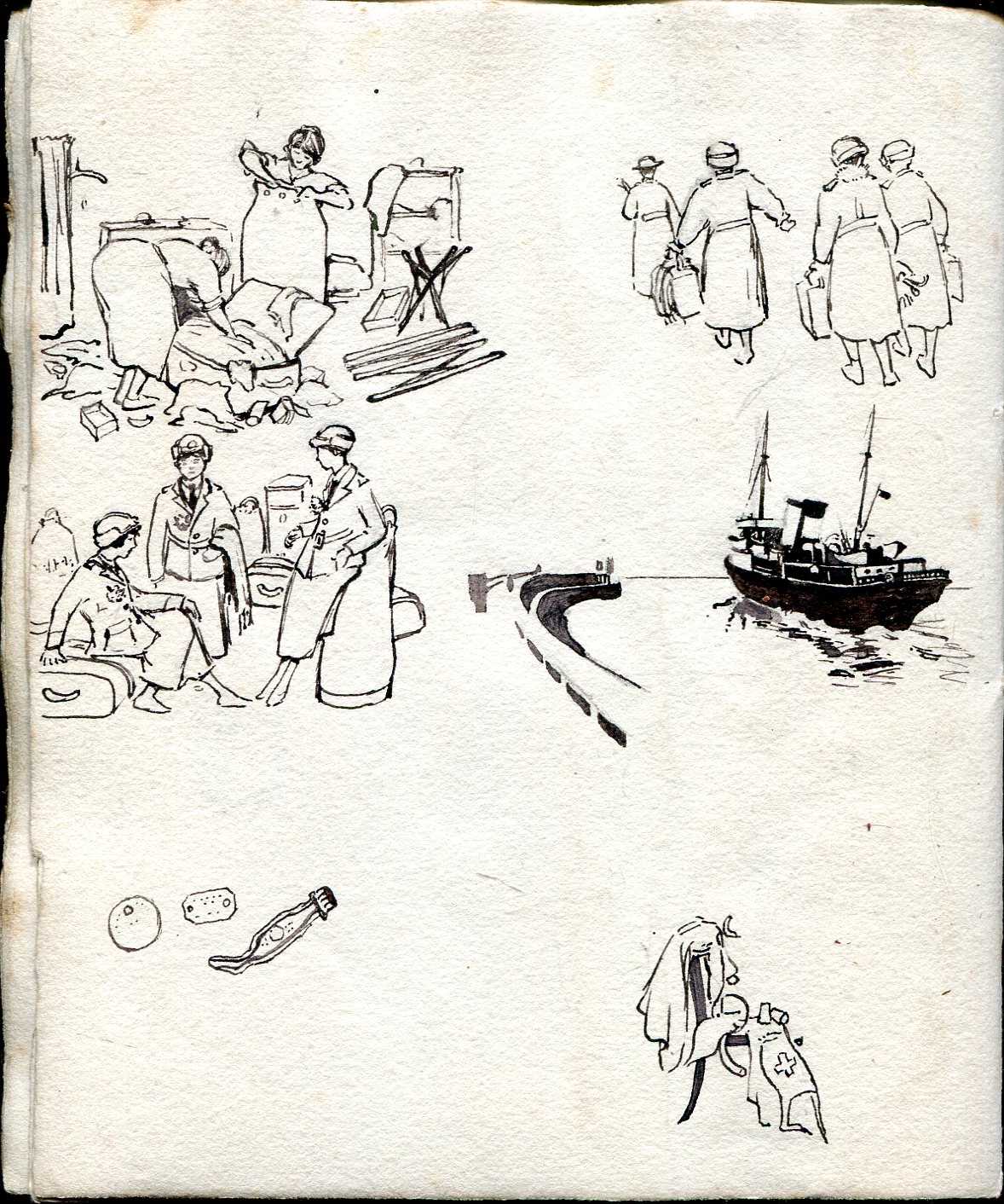 an undated hand written and illustrated scrap book with a humorous depiction of life in the British Expeditionary Force No 6 General Hospital. which operated in Rouen between 1914 and 1919. Consisting of seven folded leaves making twenty eight pages in total and enclosed within a plain grey wrapper that is partly split. The work was clearly once sewn but the cotton is no longer present. One leaf is in the form of a letter from a former patient to an unnamed sister, the remaining leaves are of a number of well executed sketches directly onto the leaves and of a large number of cartoon type illustrations that are on paper that has been trimmed and pasted & depicts everyday hospital life, from the arrival of a group of nurses to the time of their obvious departure. Most are captioned and one or two names are given. A unique work. 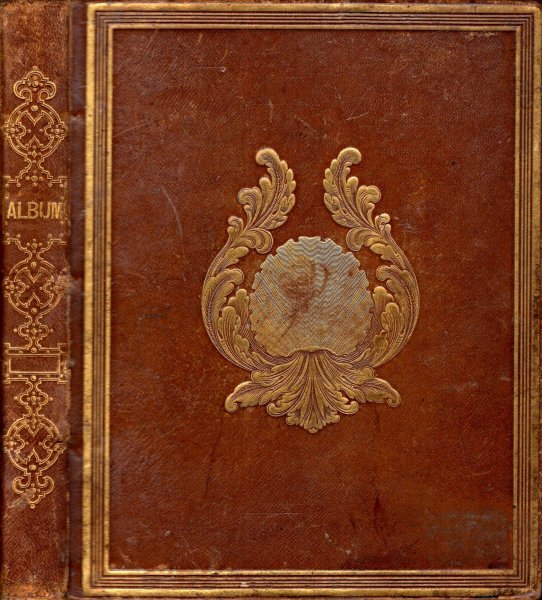 Album [of Scraps and Scenes] 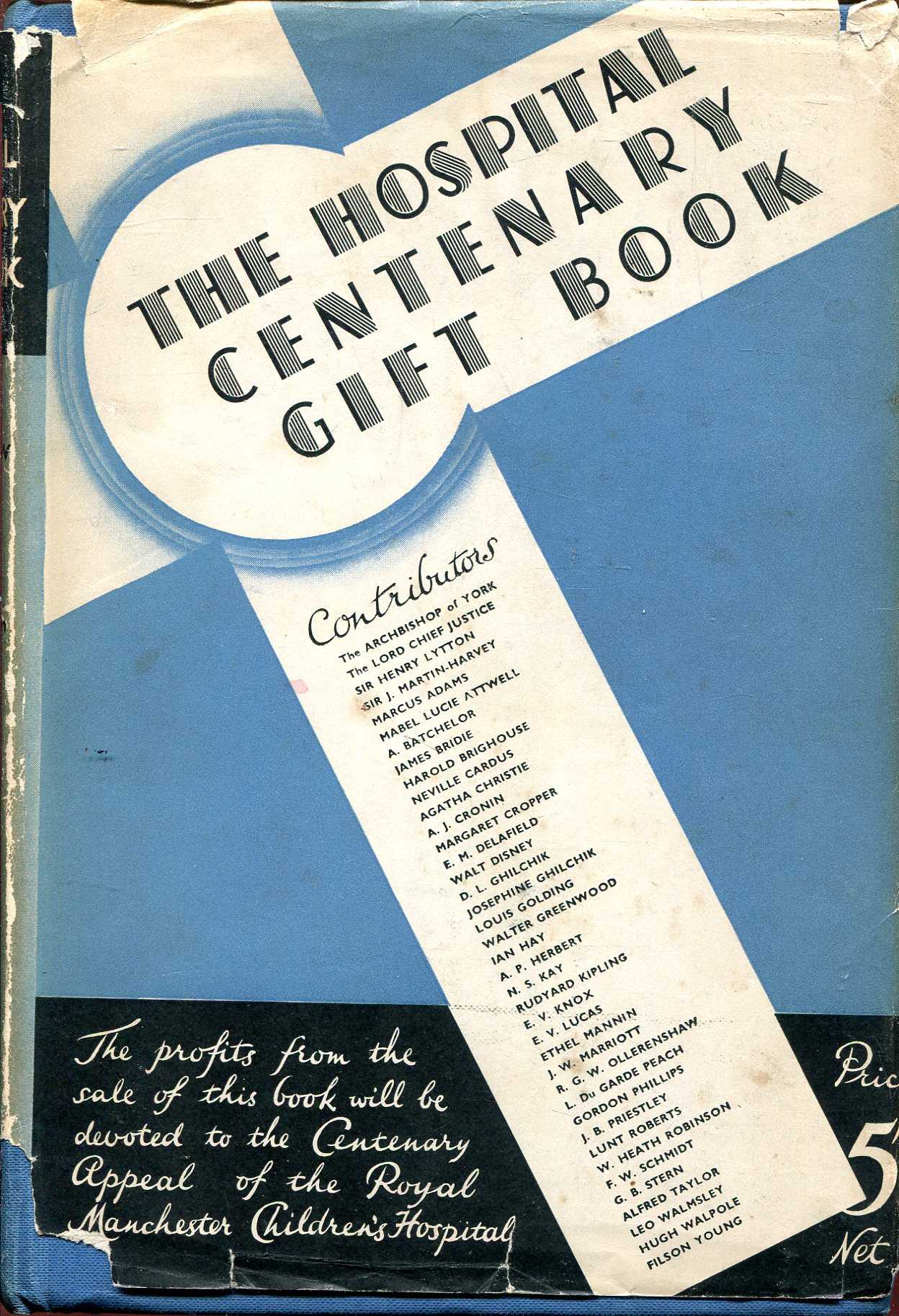 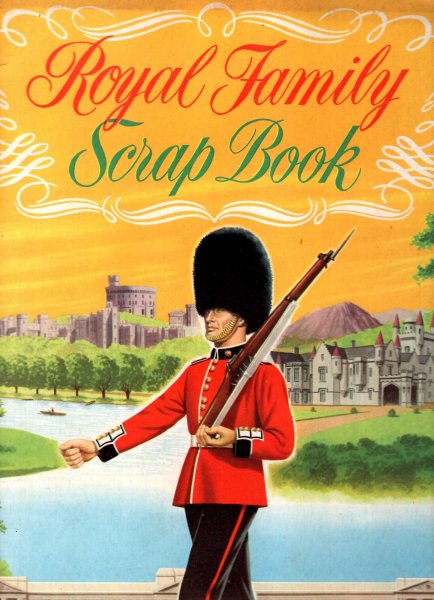 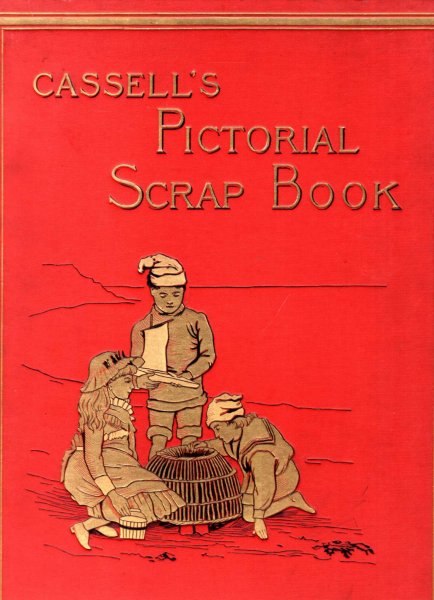 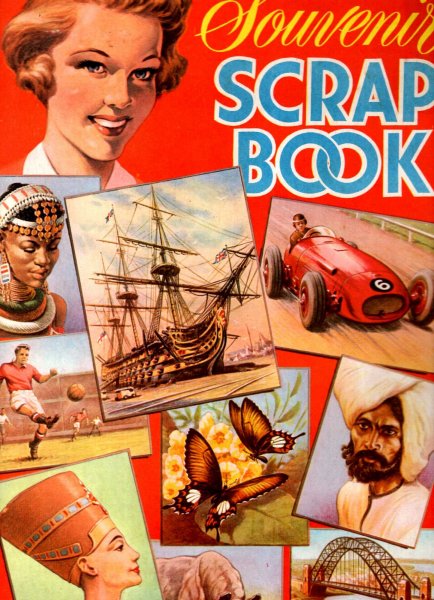 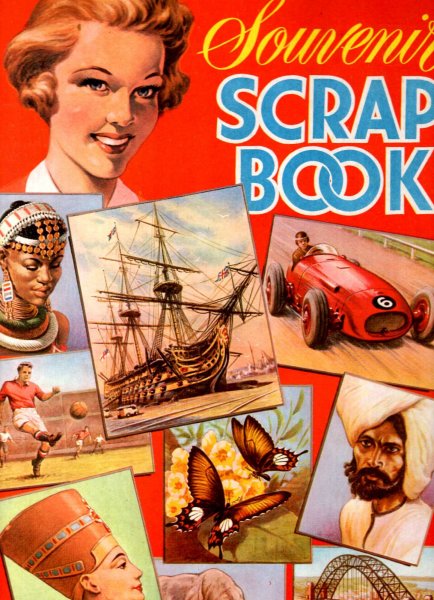 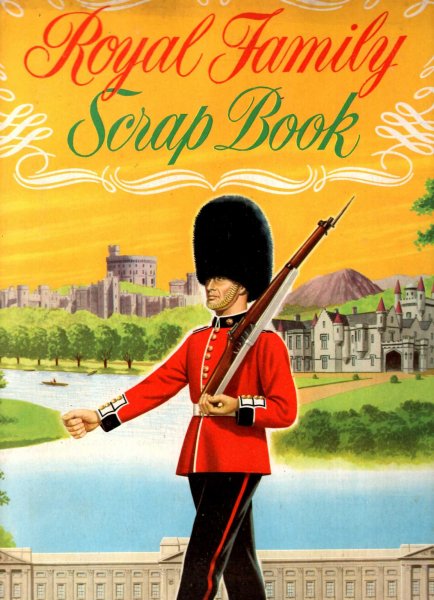